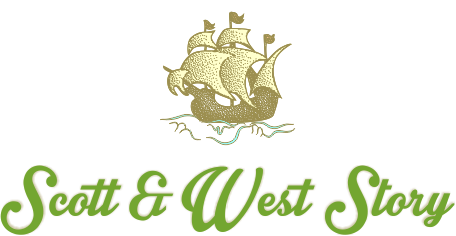 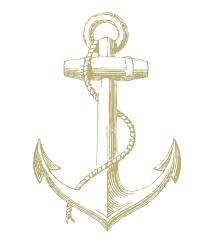 Scott and West – the name alone carries with it such boldness of character that we are often asked about the people behind it and how their success story came to be. With a rich history dating back to the era of sea explorers and the magical Spice Route of the East, it is no wonder that Scott & West embodies such a mystical and old-worldly feel… Allow us then to introduce to you the early spice pioneers, Isabelle Scott and Daniel West.

Today, very little is in fact known or remembered of their early lives. Their mere existence is but a whisper in a tale one hundred and fifty years old; a story that spans the globe from England to Africa, past India and beyond to the New World.

The humble beginning of Scott & West is a ships yard in Hartlepool, England. It is August 1842, and Daniel West, a poor countryboy who inherited a sum of money from his uncle, sets sail for Hong Kong. With all of his worldly possessions on board, Daniel is resolute to build a new life as a merchant on the Spice Trading Route. His journey, long and treacherous, takes him past the bulge of Africa, over the Equator and around the Cape of Good Hope.

During a short stay in the Cape, waiting for the ship to be replenished and repaired, Daniel meets the beautiful Isabelle Scott, a lady and daughter of a wealthy ship chandler in the fledgling colony. Both fascinated with the mystique of the Far East, the two young people bond instantly – much to the dismay of Isabelle’s father, who grooms his only child to be his successor in the family business. Determined to win Lord Scott’s favour, Daniel agrees to source spices for the company, which would enable them to diversify and expand their trading toward England and Europe.

Daniel would bring back the best spices from Hong Kong, Malaysia, India, Vietnam, Cambodia and China. Enlisting the help of Malaysian and Indian ships workers, the keen-to-learn Isabelle would mix the most exquisite spice blends.

And so it came to pass that the collaboration between Isabelle Scott and Daniel West gave rise to a unique, high quality product that soon became known all over the world. Recognized for its uncompromised excellence, Scott & West spices today are authentically traced back to the ancient Spice Routes of the East.

Choose Scott & West for your kitchen and enjoy a taste of the Old World.